At the same time, flying a spacecraft at orbits around 150-300 km raises challenges not encountered on LEO or GEO. The residual atmosphere, consisting mostly of atomic oxygen, will quickly damage sensitive materials exposed to it. It also causes substantial drag which would lead to spacecraft deorbiting in a matter of days or weeks.

We think that with air-breathing electric propulsion (ABEP), we can turn these disadvantages to actual advantages. The atomic oxygen and other gases present can be ionized and used as a fuel in a thruster compensating the drag. And while the drag itself might be a pain for spacecraft operation, it is a huge gain when it comes to decommissioning because VLEO spacecraft do not require active de-orbiting – the drag force makes sure that all space debris burns in the upper layers of atmosphere. That makes VLEO a much more sustainable and environmentally-friendly alternative to conventional LEO. 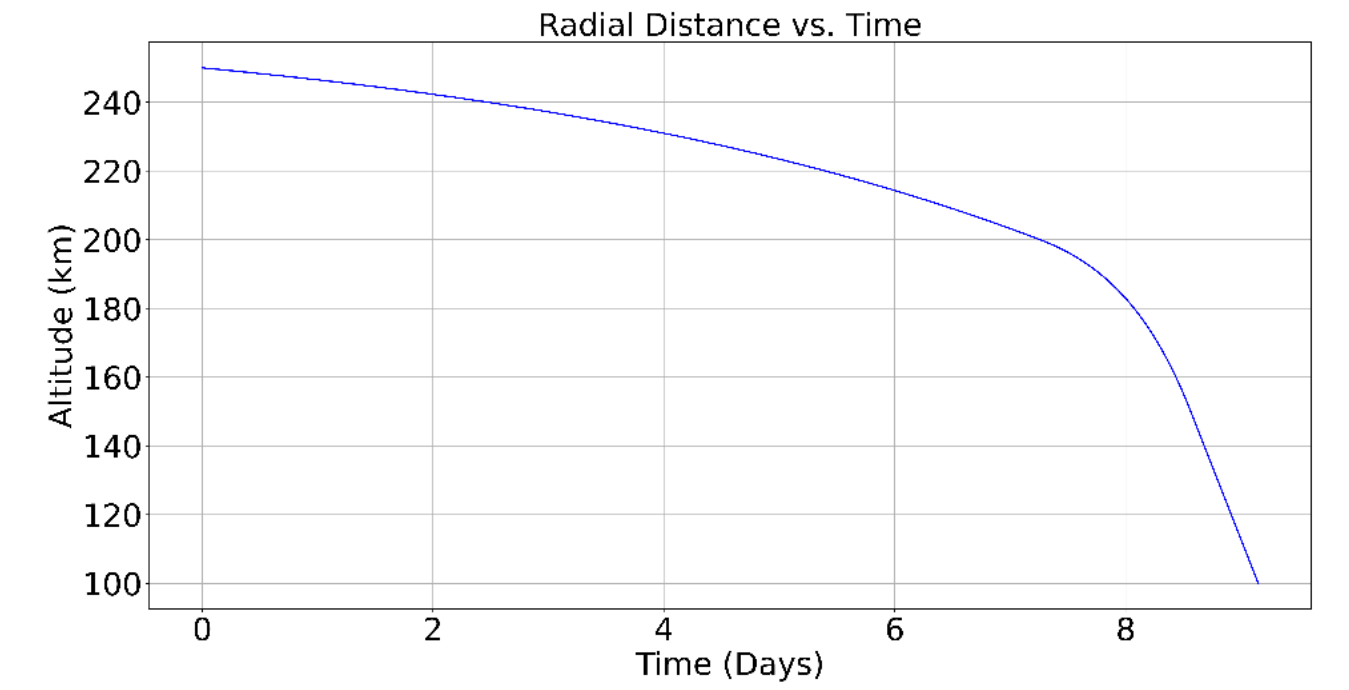 A prediction of passive deorbiting of a 1kg cubesat from 240 km.

Theme by Anders Noren — Up ↑